BRAVE for Veterans is an incorporated, 501 (c) 3, non-profit organization under the laws of the Commonwealth of Massachusetts. Veterans programs differ: our primary focus in the Veterans space is the financial well-being of Veterans and their family. Our system of support is referral-based not provision. BRAVE is in good standing with the Secretary of State of the Commonwealth.

BRAVE is achieving its mission with the unselfish assistance of volunteers whom we gratefully call Friends of the BRAVE. They are professional volunteers, student interns and colleagues in the veterans’ community in Massachusetts, and our nation’s capitol. In our twelve year existence, we have received a Massachusetts State Capacity Building Grant for 50K, and additional support in donations from co-founders of time as in-kind contributions with a value totaling in excess of 1 million dollars to date.

BRAVE collaborates with the Massachusetts State Legislature and other affiliate organizations in the Veterans Ecosystem in Massachusetts, providing thought leadership on the issues and problems confronting veterans and their families, today and beyond.

BRAVE has a special reputation of “knowing what veterans need before Veterans know they need it.” The co-founders have established themselves among the thought leadership on the subject in the Commonwealth and among US Army military leadership in Washington, DC.

BRAVE’s success to date has enhanced the well-being of the MA Veterans’ community in three important ways by:

a. Pioneering the concept of “whole-person” case management that evolved to “wraparound services”

b. Contributing to the development of domestic resiliency protocols, post-deployment, and

c. Successfully lobbying for new law and the expansion of Academic Credit for Prior Learning Credits in state funded colleges and universities, allowing for the re-purpose of some GI Bill education benefits. Intent is to create law to expand to private universities.

Although intern positions are unpaid at this time, BRAVE successfully supports students of distinction with recommendations to graduate schools and post-grad employment.

*LC’s – Prior Learning Credits representing training earned during and before Active Duty
Given the need for devising new means of sustainability in a post COVID-19 world, BRAVE is establishing a new foundation for the financial benefit of Veterans and their families, continue to advocate for new law benefiting the veteran community, launch a for-profit, technology enabled service to help our enterprise clients to identify and place Veterans job-seekers. We are connecting the skill-sets of transitioning service members and their spouses, with employers offering a work experience that is ahead of the curve in work/life balance and benefits. Finally, BRAVE will build a Veterans Rehabilitation and Assisted Living Facility on 1M sq. ft. at its dedicated property in Virginia. 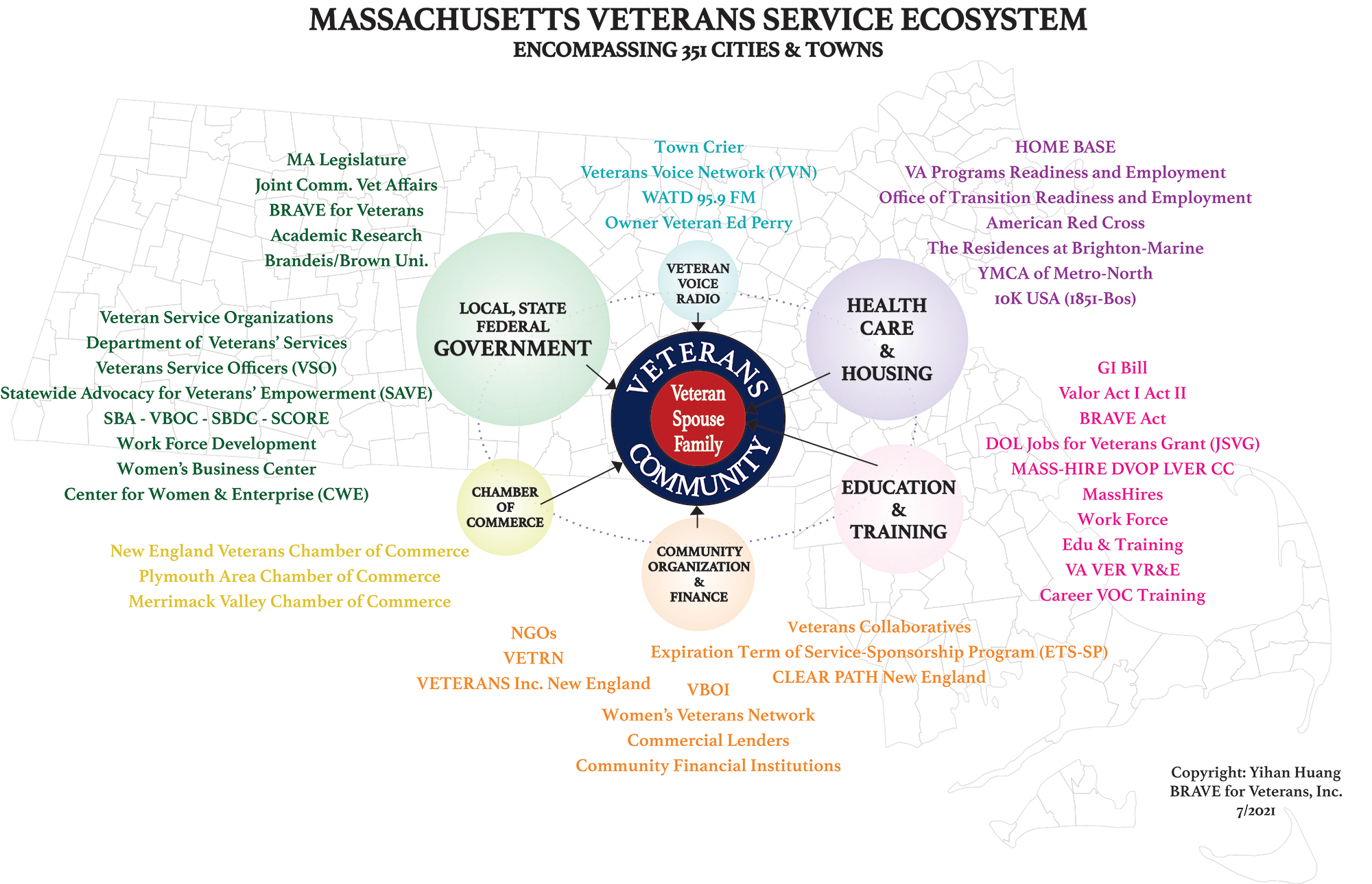